The Effect Of Sleep On Body Composition

Today’s world is a busy one. Technology has connected us more than ever before, but,
unfortunately, this means that our responsibilities follow us even closer than ever. Sadly,
one casualty of the modern 21st-century lifestyle is sufficient sleep.
It is recommended that adults get 7-8 hours of sleep a night (to which many people
probably say “HA!”), and according to research, about 1 out of 3 adults gets less than six
hours. Teenagers have it arguably worse. Their bodies require 9-10 hours of sleep each
night, but with the escalating arms race that has become the college admissions
process, only 31% of students report getting at least 8 hours per night, let alone the
recommended 9-10.

Unfortunately, in today’s world the notion of getting a full night’s sleep seems to fall
somewhere between an unattainable luxury and an unfortunate biological handicap that
gets in the way of you being able to get things done.
But if you care about your health and you’re working to change your body
composition, ignoring your body’s natural need for sleep could be seriously limiting
your progress.
Changing your body composition isn’t a single goal: it’s two. Increasing your Lean Body Mass
(by increasing skeletal muscle) and reducing your Fat Mass are both positive changes in
body composition, and both are affected by sleep.
Regardless of which goal you are working on, to improve your body composition, getting a
healthy amount of sleep isn’t recommended – it’s required. Here’s why. 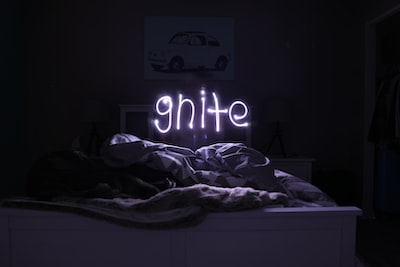 Sleep is not just “sleep.” Sleep researchers divide into two types of sleep: REM sleep (when
dreams occur) and NREM sleep (non-REM).
NREM sleep is further divided into the following stages:
Stage 1 makes up just 5-10% of your sleep and is referred to as “light sleep.” In this stage,
you remain semi-conscious and are in between wakefulness and sleep. Your brain waves
begin to elongate from “alpha” to “theta” waves.
Stage 2 is the bulk of your sleep and composes up to 55% of your sleep cycle. In this stage
you are fully asleep and your brain waves slow down even more.
Stage 3 is the deepest sleep state you enter during rest and is marked by very elongated
brain waves and slowed brain activity. This is why it is also called “short wave sleep,” or
SWS. Slow wave sleep makes up just 15-25% of your sleep but, as you’ll learn later,
is arguably the most important sleep state for your body composition because most of
the restorative benefits of sleep occur in this cycle.

REM, or Rapid Eye Movement, is the sleep state in which dreams occur. It’s a very distinct
stage of sleep from the other three in that brain activity becomes much more active than in
the other sleep stages, but the body experiences full paralysis.
You pass through these sleep stages every 90 minutes in a 1 -> 2 -> 3 -> 2 -> REM sequence.
If you are getting 7-8 hours of sleep each night, you should be experiencing 4-5 cycles.
Going through a complete sleep cycle ensures that you will pass through Stage 3 sleep,
which has a significant affect on your body composition.

Encouraging Muscle Growth
If you’re trying to increase muscle mass, one of the most important naturally-occuring
anabolic hormones available to you is Growth Hormone (GH). Growth hormone, as its
name implies, is the hormone that directly contributes to muscle growth. And, as it turns
out, the release of GH is tightly linked with sleep.
Remember the stages of sleep, and how Stage 3/SWS was supposed to be important?
Research published in The Journal of Pediatrics has shown that 70% of GH is secreted
during Stage 3 sleep, and that the total amount of GH released in your body is directly
correlated with how much Stage 3 sleep you get.

Also, recall that in each 90-minute sleep cycle, Stage 3 only occurs once. In order to go
through 5 complete sleep cycles (and 5 periods of SWS), you would need to be asleep for
approximately 7 ½ hours. Any less than that, and you risk not going through a complete
sleep cycle, missing out on SWS and having less GH released.

Just like with Growth Hormone, testosterone secretion has been linked with SWS. A recent
(2015) study found that sleeping around 5 hours or less caused a reduction in
testosterone in healthy men of 10-15%.
In sum, a lack of sleep can potentially reduce hormones that contribute to muscle
development, inhibiting these changes in body composition. Furthermore, muscles can be
affected not only by decreases in muscle-producing hormones, but increases in ones that
do the opposite.

Stopping Muscle Growth
Sleep, and the lack of sleep, also has a significant effect on the second group of hormones,
the catabolic hormones, and specifically a hormone called cortisol.
Cortisol is a hormone that is released in response to stress. It’s designed to break down
tissue – including muscle tissue – for the purpose of giving the body energy it needs to deal
with whatever stressful situation your body has to deal with.
As it turns out, sleep can have an effect on cortisol secretion as well, but if your goal is to
increase your muscle mass, it’s not a positive one.
Research has shown that during both restricted sleep and complete sleep
deprivation, cortisol levels were elevated the following evening by 37-45%, potentially
“accelerat[ing] the development of metabolic and cognitive consequences of glucocorticoid
excess.”
In plain speech, because cortisol has a catabolic (muscle-reducing) effect, increased
cortisol levels due to lack of sleep can threaten your muscle development. Once you
add in the reduced GH and testosterone levels produced by lack of sleep, the overall effect
of not sleeping enough can seriously hamper your efforts to gain muscle and increase
your Lean Body Mass. 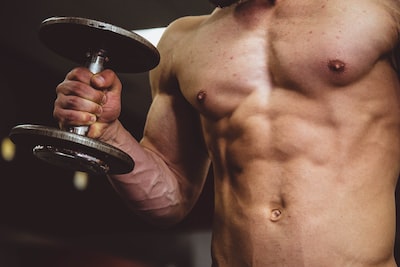 Sleep and Fat Loss
The second component to body composition change – losing fat mass – is also strongly
linked to sleep.
Losing fat requires the body to be in a caloric deficit, which means using more energy
than your body takes in. This can be accomplished by restricting calories through diet
and/or increasing calories used though exercise, and most people usually typically use some
combination of the two.

This is sometimes referred to as “calories in/calories out.” Although there are a number of
different factors that can affect your ability to accurately keep track of calories going in and
out, fundamentally, the basic principle of being in a caloric deficit is sound science and has
been shown to be effective in countless weight loss studies time and again.
Which brings us back to sleep. Losing sleep can sabotage your fat loss goals by hijacking
both the “calories in” AND “calories out” sides of the equation. Here’s how:

Calories In
Losing sleep seriously throws off your body’s hormonal profile. This includes the hormones
that regulate your appetite: ghrelin, which is associated with feelings of hunger, and leptin,
which is associated with feelings of fullness. Ghrelin concentrations are known to spike
right before meals, prompting you to eat.
Losing sleep can severely interfere with your body’s ghrelin/leptin balance, resulting in an
increase in ghrelin and a reduction in leptin levels. Essentially, the less you sleep, the more
you mess with the hormones that regulate your hunger levels.
It’s already hard enough to restrict your caloric intake when you’re trying to lose fat mass.
Think about how much harder it will be if you cheat your body of sleep and make your
body literally tell your brain that it’s hungrier than normal. Will you be able to resist
your body’s hormonal demands when you’re a) likely tired from lack of sleep b) likely tired
from being in a caloric deficit or c) likely really hungry from making changes in your diet?
If you’re like most people, it’s pretty unlikely, say researchers in the American Journal of
Clinical Nutrition (AJCN). They observed that when people are sleep deprived, although they
don’t tend to eat more during meals, they do tend to consume more snacks, especially
during the period between 7pm and 7am, increasing their caloric intake by around 220
calories a day.

While 220 calories a day might not seem like a lot, it can be plenty to sabotage a daily caloric
deficit of, say, 500 calories a day – a restriction which, if properly maintained over time, can
result in a loss of a pound of fat per week. 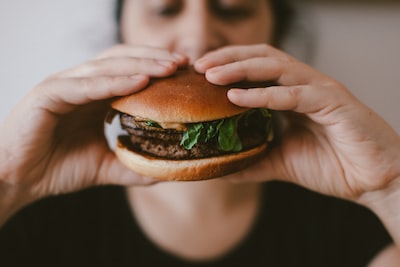 Calories Out
On the other side of the fat loss coin, increasing the number of calories you use during the
day is essential for creating a manageable caloric deficit.
The number of calories you burn each day is the sum of several factors: how active you are,
the energy you burn digesting food, and your Basal Metabolic Rate, also known as your
BMR. In most people, BMR makes up the vast majority of the daily calories they burn each
day.
For the most part, your BMR remains fairly stable day-to-day. Your BMR is strongly linked to
your Lean Body Mass, so increases in muscle will increase your BMR – and, therefore, your
overall caloric burn – and decreases in muscle will decrease your BMR.
These changes in BMR are typically slight and take a considerable amount of time to achieve
in either direction – unless you’re not getting enough sleep.
Research published in AJCN examined the effect of sleep deprivation on energy expenditure
in men. What they found was that lack of sleep reduced energy expenditure the following
day by around 20%. This loss in energy expenditure was due to reductions in BMR (in this
study, referred to as RMR).
Your activity level can also significantly contribute to how many calories you burn in a
given day. However, unlike BMR, you have significant control over how active you are,
giving you a great amount of control over your total caloric burn. 6/8
Again, sleep here also plays a role, and one that’s pretty obvious: how active do you think
you’d be if you’re sleep deprived? How motivated would you be to go running, or how
prepared would you be to squat or deadlift and try to beat a personal record? Probably not
very. And in research that tracked the intensity of their subjects’ workouts, researchers
found that participants favored lower intensity exercises, burning less overall calories.
Furthermore, this study also had another interesting finding. Another component of your
daily energy use are the minor, subconscious little movements that you make all the time
without thinking. Fidgeting in your chair, moving your arms to perform routine actions,
even typing on a keyboard fall under a category of energy use called Non-Exercise Activity
Thermogenesis (NEAT), which is sometimes referring to as “spontaneous activity.” After a
couple of days of sleep deprivation, researchers found that the subjects’ spontaneous
energy/NEAT was significantly reduced, reducing their overall energy expenditure.

Hopefully all this talk about sleep didn’t make you sleepy! In case it did, here’s a brief recap
of the main points about the effect sleep has on your body composition.
*A lack of sleep makes it harder to gain muscle
*Sleeping less means that you experience less SWS, meaning less opportunities for you
to secrete Growth Hormone and develop muscle
*In addition to Growth Hormone, testosterone is also negatively affected by lack of
sleep
*Sleeping less can increase cortisol levels, which impairs muscle development
*A lack of sleep makes it harder to lose fat
*Irregular sleep throws off your ghrelin/leptin cycles, making you feel hungrier
*Sleeping less has been linked to eating more snacks than you would normally,
increasing your energy intake
* Sleeping less can cause reductions in your Basal Metabolic Rate by as much as 20%,
significantly reducing your total energy output
*Being tired also reduces spontaneous movements, further reducing your total energy
output.

If you’re trying to go through a fitness journey and change your body composition, sufficient
sleep is key. Although many people have lifestyles that make getting sufficient sleep
difficult, any positive changes you can make to get more sleep is going to have positive
changes on your efforts to change your body composition.
Bottom line: when you’re trying to make changes in your health and fitness, get some
sleep!